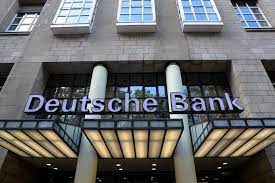 The Russia-Ukraine standoff in the physical world has also spilled into the cyber realm. Politicians and cybersecurity experts warn of potential attacks against the U.S. financial industry. Many conventional security rules are changing, according to Victor Wieczorek, a nation-state red teamer and director of threat and attack simulation at cybersecurity firm GuidePoint Security. U.S. financial firms are raising security awareness and testing employees about potential fraudulent incursions. This came after Biden administration officials announced that they believed Russian-backed bad actors had targeted Ukraine banks and the Ukraine Ministry of Defense. They are also preparing an initial sanctions package against Russia, which includes barring U.S. financial institutions from processing transactions for central Russian banks. They’ve found Russia responsible for at least one major distributed denial of service (DDoS) attack. The hackers can cause disruptions in the U.S. infrastructure and severely impact the reputation of the financial institutions that they might breach. With the vulnerability to execute code as root, attackers will look to implement this into malware and rootkits quickly for a whole exploit chain, said Steve Povolny, principal engineer and head of advanced threat research at Trellix. Critical infrastructure could be a primary target. In the coming days of warfare, the command, control, and logistics of an adversary are among the first targets, said Mark Carrigan, cyber vice president of process safety and OT cybersecurity at Hexagon PPM. A commitment to prepare resources for defending against potential cyber threats was voiced by U.S. President Joe Biden.